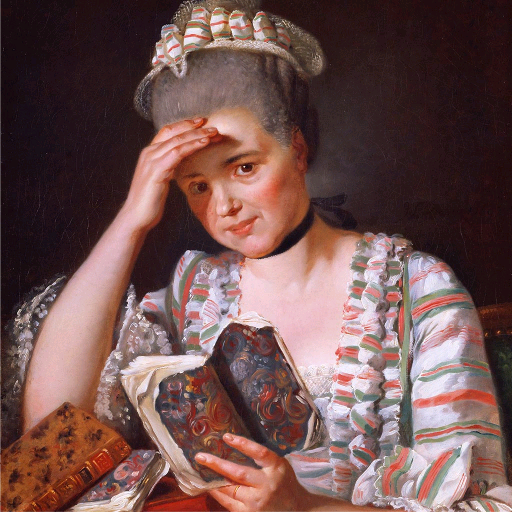 Whew, has this been a rough year.

I think the only thing that has kept me going are the amount of wonderful books that I have read and reviewed.

This year I have decided to overlap my New Book Alert and Weekly Readers into one list because there was just so much overlap, I felt that I wanted to combine the two.

Now I must stress that this list is not your average book list. There were many great bestsellers and awards winners that I read, but I want to focus on books from indie and self-published authors, those that deserve a little more attention.

For the record my top five best seller and well-known books from this year are: The Source of Self-Regard: Selected Essays, Speeches, and Meditations by Toni Morrison, Olive Kitteridge by Elizabeth Strout, The Book Thief by Marcus Zusack, The Nickel Boys by Colson Whitehead, and Red, White, and Royal Blue by Casey McQuiston. Definitely read them, they are highly recommended.

Now with each book, I selected the best from each genre in an attempt to have a variety from the books that I read this year. I would like to thank the people at NetGalley, BookTasters, Blackthorn Book Tours, Kindle Review Working Web, and the individual authors who brought these wonderful works to life and to my attention.

I hope you find some nice surprises and look forward to another great year of reading in 2021. Until then, Happy Reading! 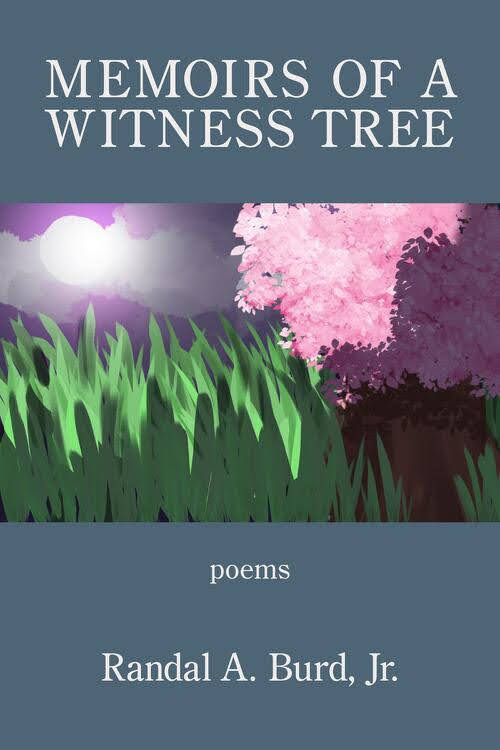 12. Memoirs of a Witness Tree: Poems by Randal A. Burd (Poetry) 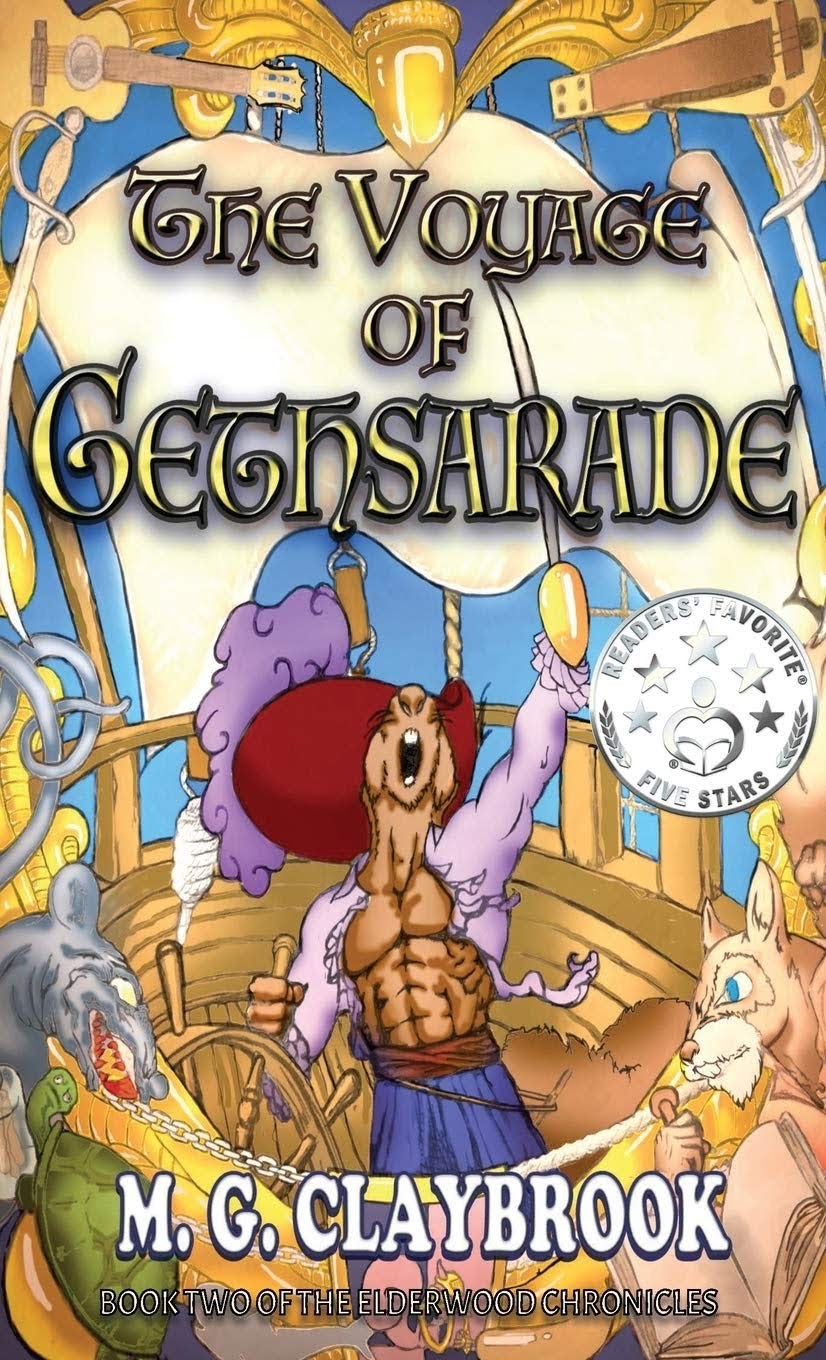 11. The Voyage of Gethsarade: Book Two of The Elderwood Chronicles by M.G. Claybrook (Children's)

The best way to write for children is to treat them like small adults. Claybrook must have taken that message to heart for this book. What appears to be a cute funny book about a musician squirrel and sailing con artist rodents taking on a group of pirats (sic) is actually a deep story about heroism and what makes a legend. Many characters reveal the difference between myth and reality revealing that the two concepts are closer than believed. 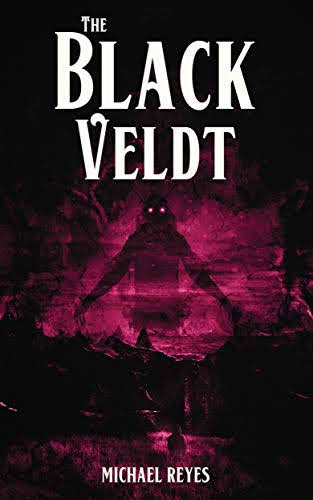 Many short works require more length because they introduce a great concept but are unable to do much with it. Reyes' novella is the perfect length for this gripping horror of Jose Carvel, a young man haunted in both the physical and supernatural world. The world of poverty stricken 1970's New York City is haunted enough, but add a strange assortment of demonic creatures stalking Carvel's every move and things become even more bleak, terrifying, and mesmerizing.

9. The Network by Margaret Lomas (Mysteries/Thrillers)

This book combines the earnest plucky female protagonist of a Chick Lit and smacks her right in the middle of an Espionage plot involving a Middle Eastern terrorist cell and it brilliantly works. Sam Cannon, a neophyte reporter, moved to Indonesia for a better job and to get over a breakup. Then while investigating a story about Indonesian women and youth, she becomes embroiled in the middle of international intrigue. This strange mix of light hearted comedy and action suspense make a winning combination. 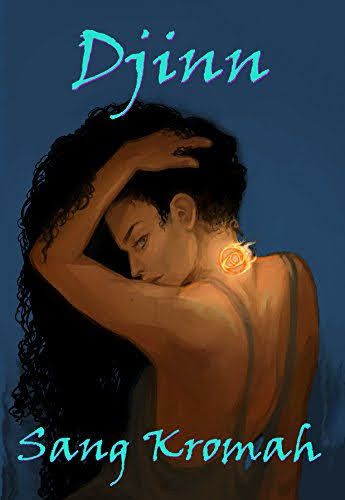 Kromah's excellent writing puts the pre-Islamic magical creatures, the djin away from the Hollywood stereotypes and back into their folkloric roots as the originators of the Faeries. Bijou Fitzroy, a typical high school girl, discovers that she is the daughter of two powerful djin just as dark magical forces kidnap various teen girls and surround her. This modern fantasy subverts many of the known myths and legends of fairy folklore and retranslates them into a different manner for a modern multicultural readership. 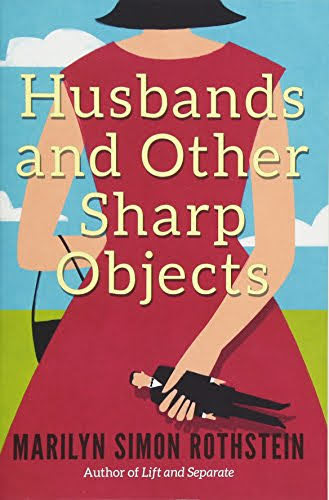 Rothstein's sharp witty book takes a look at the decline of a marriage during the birth of another. Marcy Hammer is coming off a recent divorce just as she is planning her daughter's wedding. The book is filled with wry observation and sardonic one liners as Marcy skewers her philandering money grubbing ex, her sensitive current boyfriend, he bridezilla of a daughter, and the institution of marriage itself. It is best read with a good sense of humor and a smirk on your face. 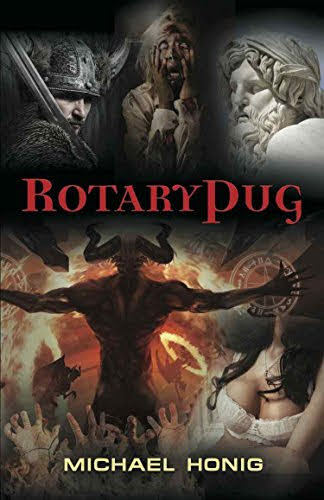 You can't get scarier than a literal trip through Hell and that's what Honig gives us. After John Castlemaine commits suicide, he finds himself in a very creepy sinister place. This is the type of horror filled with creepy moments such as different souls from various times periods forced to recall their terrible deeds for eternity. Overseeing the action is a creepy jester figure who sadistically watches over the denizens with the delight of a torturer. It is a bleak book which squashes hope in favor of existential dread. 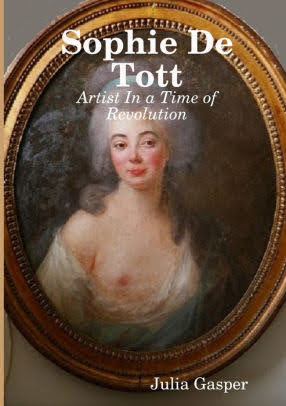 5. Sophie DeTott: Artist in a Time of Revolution by Julia Gasper (Biographies/Autobiography)

Just like with her previous work about Elizabeth Craven, Julia Gasper gives recognition to a forgotten, talented, passionate, fascinating woman, Sophie DeTott, a portrait painter who lived during the French Revolution. These turbulent times are seen through the eyes of a woman who captured the suffering and troubles of her fellow exiles through her portraits. She is also analyzed through three stormy romances which made her life a particularly scandalous one. Gasper's writing reveals Tott as a vibrant, colorful, independent woman who lived through her tremendous artistic gift and should be remembered today. 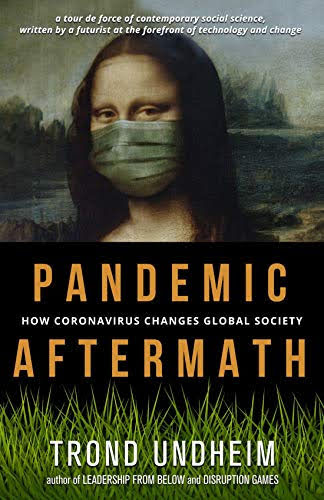 This book takes a Futuristic look at how pandemics have affected history in the past and how Coronavirus could affect the global future. Undheim looks at areas such as technology, economics, family structure, social class, healthcare, politics, and defense and visualizes various scenarios. The scenarios vary from a Borderless World, Tighter Border restrictions, a Two World separation of rich and poor, Hobbesian Chaos, or a return to Status Quo. It is a

hard unflinching look that forces the Readers to look at the potential realities that could begin even right now as we speak. 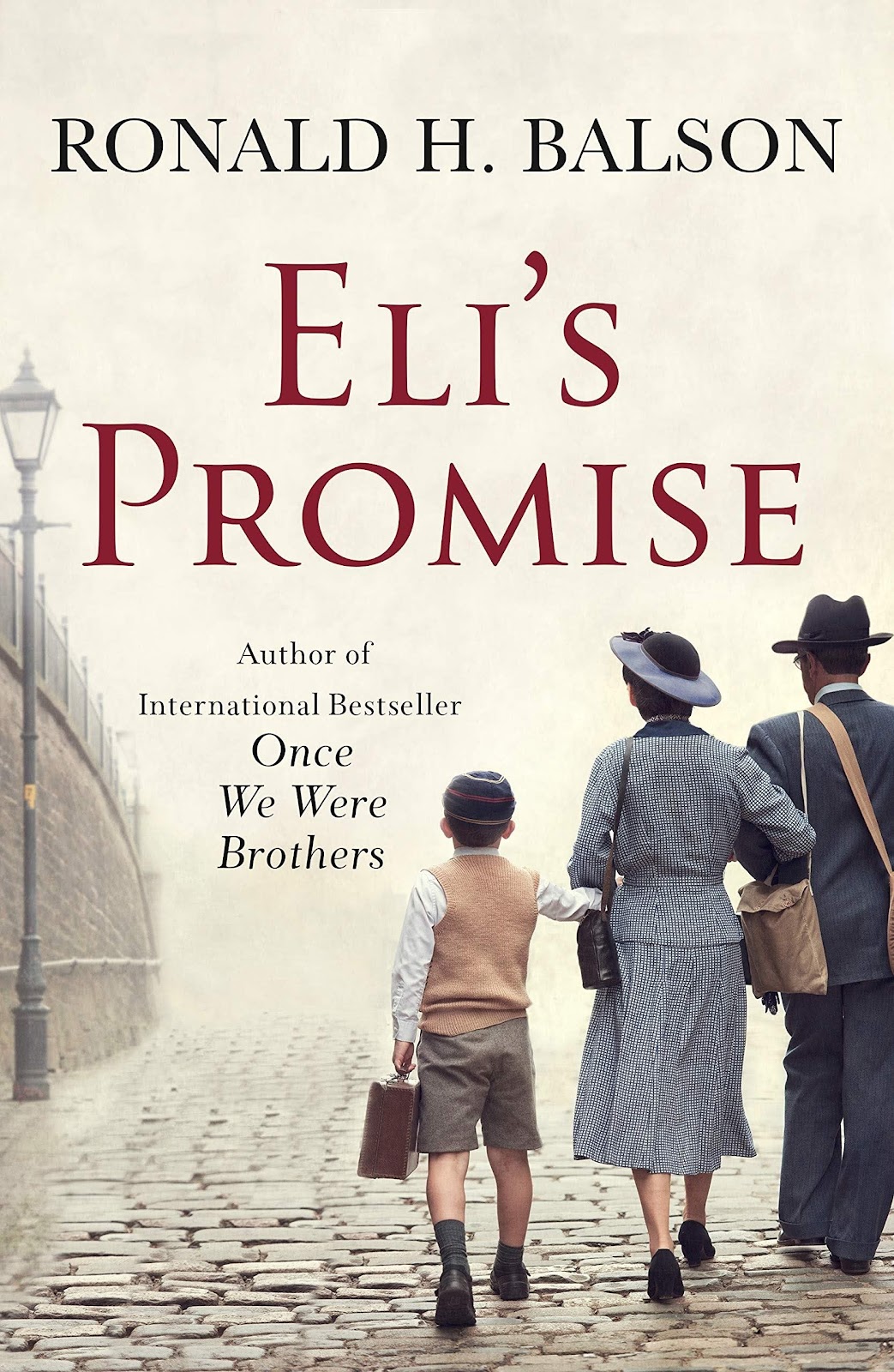 This WWII era drama is about revenge, anger, and the protection of family as well as balancing hatred with love. Eli Rosen, a laborer, loses members of his family in Holocaust era Poland. So begins a 20 year revenge campaign against the one he holds responsible for their deaths. It is a brilliantly characterized work that is filled with great details from 1940's Poland, to a Displaced Person's Camp, to 1960's Chicago. Through his anger at the Nazis and his specific enemy, Eli never loses sight of friends and family by caring for and assisting those around him. 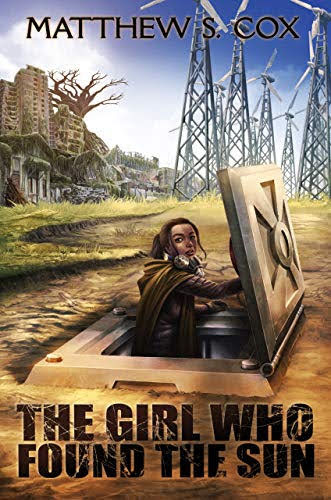 2. The Girl Who Found The Sun by Matthew S. Cox (Science Fiction)

In this time period, this is a book that is truly needed. Raven is one of several people who lives underground to avoid plutions which the Elders warn her about. Raven courageously ventures outside to save her community. The description of an outside green world is beautiful, particularly during a quarantine when the Readers are also kept from experiencing such beauty. In her protectiveness and care for her people, Raven reveals how important it is to care for others and the world around them. In troubled times, we can't take those lessons for granted. 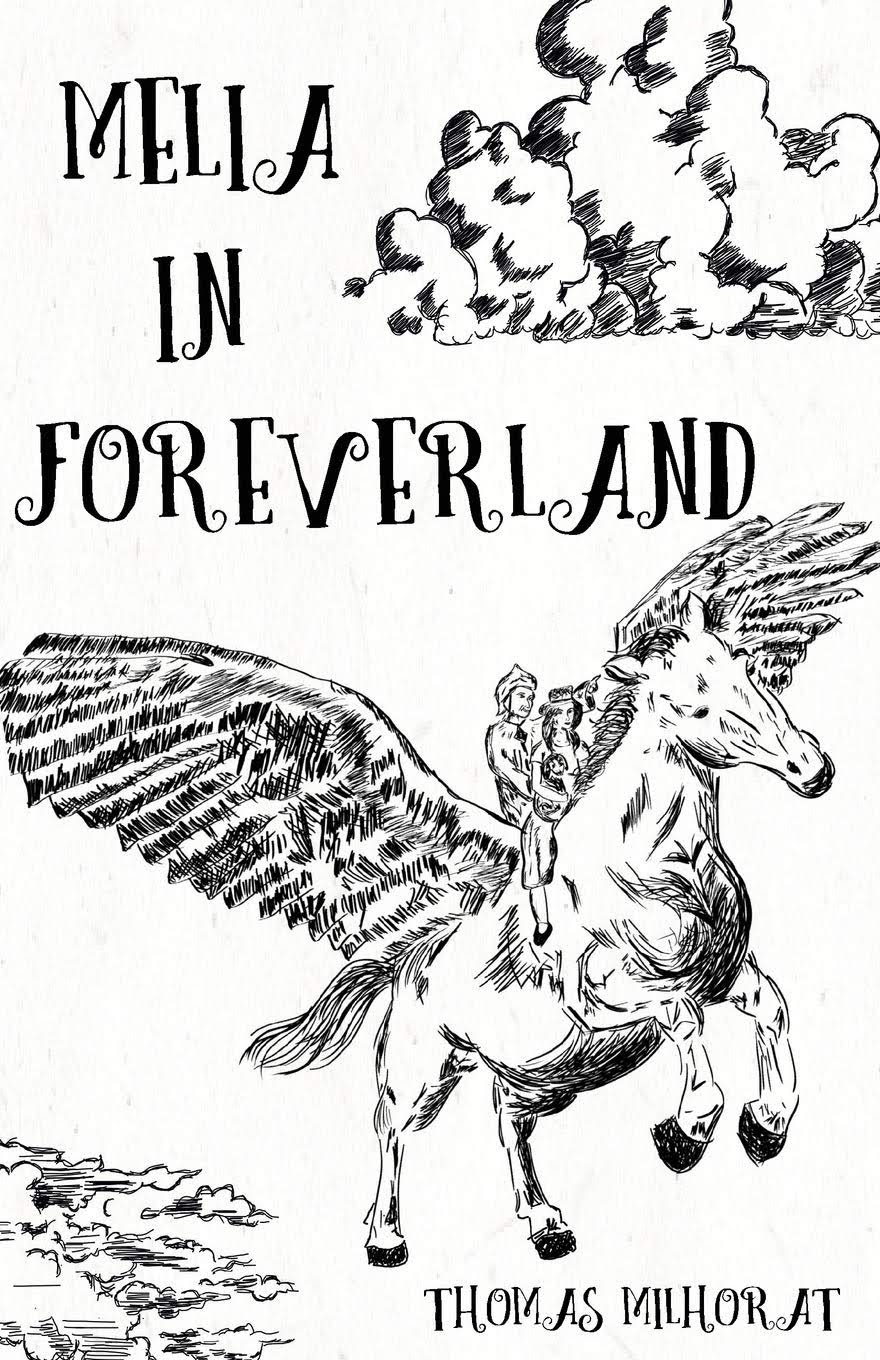 The best book of this year is a beautiful spiritual journey into the Afterlife, as Melia, a young woman, who is questioning her faith goes on a magical trip to Foreverland and engages in conversations with various scientists, philosophers, artists, musicians, and leaders to acquire her answers. This book presents beautiful evocative settings through various stars, such as one that is a retreat for artists and another one that is home specifically to Melia's ancestors. The book carries different themes that raise just as many questions as answers and allow the Reader to think for themselves.

Honorable Mention: Life is Big by Kiki Denis, Behind Blue Eyes: A Cyberpunk Noir by Anna Mocikat, Call Numbers: The Not So Quiet Life of Librarians by Syntell Smith, Anonymous is a Woman: A Global Chronicle of Gender Inequality by Nina Ansary, Precious Silver Chopsticks: A True Story About A Korean Noble Family by Mae Adams, The Cult of Eden: Book One of The Unrisen by Bill Halpin, The Adventures of George and Mabel: Based on An (Almost? Sort of? Kind of?) True Story by Stefanie Hutcheson, Joshua N'Gon: Lost Prince of Alkebulahn by Anthony Hewitt, Murder Under A Wolf Moon (A Mona Moon Mystery) by Abigail Keam, Everyone is a Moon: Selected Stories by Sawney Hatton, A Kite at The Edge of the World by Katy Grant, and Rising Petals by Ashwini Rath